Many supporters have started an endowment fund at Delta College. It works like a savings account and the interest is used to support scholarships, programs and other activities, creating a legacy that will last for decades.

It's a great way to make your gift a lasting one.

The minimum investment: At Delta College, the minimum initial investment to start a fund is $20,000. You can work to reach this minimum by making contributions over a three-year period of time, and certainly amounts higher than the minimum $20,000 are always welcome.

What's given out: Delta College calculates the funding earned within its overall endowment fund each year, and your endowment fund in particular.  The College awards those dollars to the cause you have specified, such as a student scholarship.  The Foundation has set its distribution amount on each fund at 4 percent annually.  This is very similar to the national average for educational institutions. Any dollars that were achieved above 4 percent are then folded back into your fund, enabling it to grow and provide greater earnings for the future.

Who they benefit: There are several types of endowments - scholarship, which benefit students directly; program, which benefit specific areas of the College and their activities; and endowed teaching chairs, which provide awards to faculty and staff for special projects. Learn more about establishing a scholarship endowment. 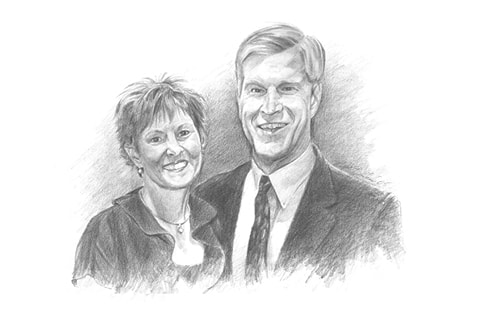 This endowment was established in 2004 by the Delta College Foundation Board of Directors to fund the Delta College President’s Speaker Series. Dr. Peter D. Boyse served as President of Delta College from 1993 to 2005. The endowment honored Dr. Boyse on the tenth anniversary of his presidency at Delta, and also honored his wife, Barbra, a strong and supportive partner in her husband's work and the success he accomplished. 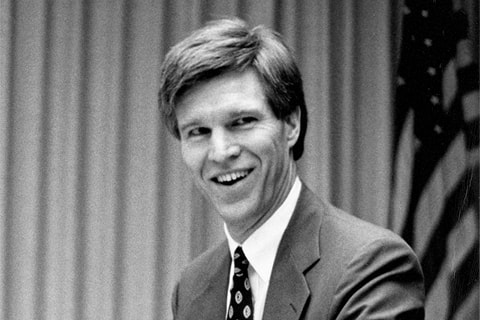 In early 2004, Dr. Peter D. Boyse announced his intentions to retire as President of Delta College in 2005. The Delta College Foundation, in conjunction with the College’s Executive Staff members, planned and implemented a fundraising campaign to honor Dr. Boyse’s leadership tenure. Because of his strong belief in addressing the issue of diverse hiring needs, funds were sought and committed to the President’s Scholar Program.

The Foundation raised nearly $1.6 million to start an endowment dedicated to supporting future diversity needs. The initiative was announced as a surprise at Dr. Boyse’s retirement party in June 2005. The College then launched the President’s Scholar Program with its first full-time hire in Fall 2008.

Funding has been allocated to support the temporary appointment of a promising faculty member for up to three years, paying for the faculty member’s salary, fringe benefits and  professional development.  The goal is to help the person qualify for a full-time tenure-track appointment at the end of the three-year grant. 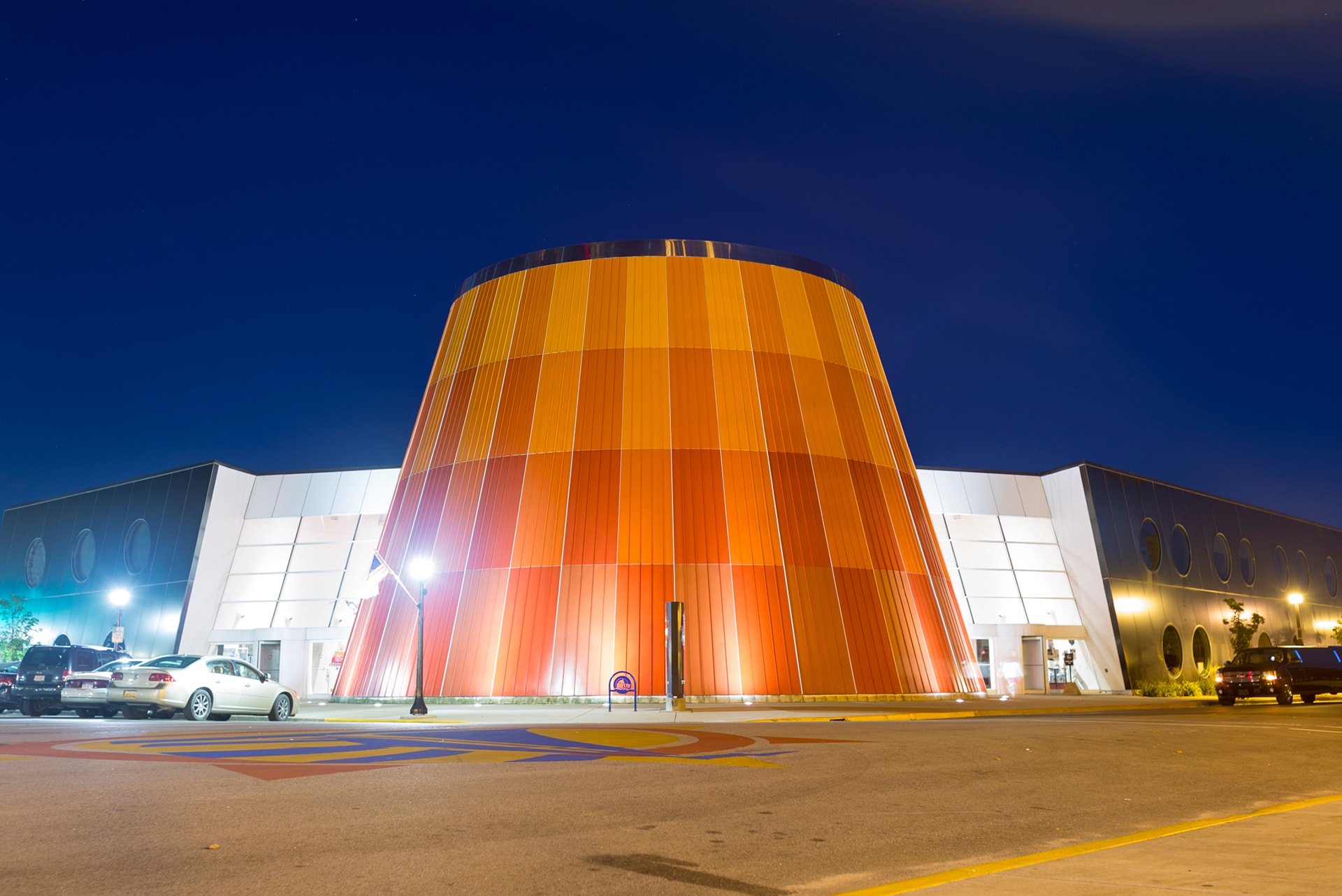 The Delta College Planetarium & Learning Center, located in Bay City, Michigan, was dedicated in 1997. The facility is the result of securing an $8.75 million grant provided by the National Aeronautics and Space Administration (NASA) to design and build the center. More than 25,000 people visit each year to attend a planetarium show or special event. The facility houses a state-of-the-art planetarium and theater complex with a 50-foot domed screen and seating for 146 visitors, along with a rooftop observatory and sundial.

The lobby of the Center features a terrazzo floor that depicts constellations of the night sky. Individuals, companies and families are able to purchase individual stars, adding their name(s) to the constellations, with the dollars contributed supporting the operations of the Planetarium. The Planetarium endowment fund helps to support annual software and maintenance costs.

This fund was launched in 2006 utilizing funds contributed by a variety of local donors, along with additional unrestricted dollars held by the Delta Foundation.  These funds established the English Division Guest Lecturer endowment. Distributions from this fund are to be used at the discretion of the English division to allow visits from area speakers.

Authors and outside guests were the hallmark of Delta College’s Young Authors Day event, which was held from 1988 to 2006.  The biannual event served as a conference for area fourth, fifth and sixth grade students and impacted over 15,000 participants. The conference brought together many professional authors, illustrators, storytellers, and even musical performers who create and promote literature for children and who share with young writers and readers how they write or find motivation to create. This important gathering encouraged donors to contribute the funds that later established the English Division Guest Lecturer Endowment.

Since 1988, private donations have helped to establish the Delta College Global Education Program Endowment. Interest generated from this endowment helps to support Delta College's International and Intercultural Programs, which facilitate faculty, staff and community projects that foster a global perspective, respect diversity, value the environment and develop skills necessary to work and live in an evolving world community. 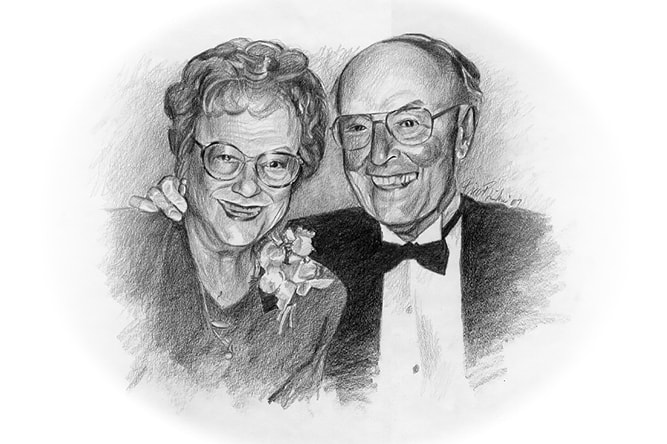 Delta College received a generous gift from the late Patricia L. and Robert W. Grant Jr. in support of the arts and humanities. The endowment provides two scholarships annually to Saginaw students who study art at Delta College. Additional funding will be used to broaden students' exposure and involvement in the arts and humanities through Student Art Show honorariums, guest speakers, artwork purchase prize funding, equipment purchases and student field trips. Mr. Grant passed away in 2002. Mrs. Grant passed away in 2014. 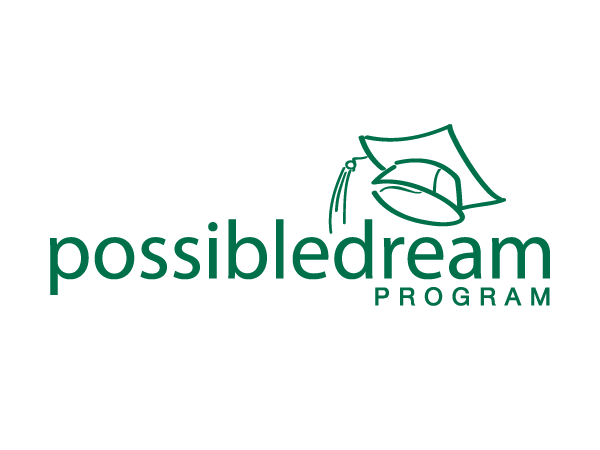 Delta College started the Possible Dream Program in 1991 to encourage young, at-risk students to graduate from high school and attend college. We have enjoyed great success over the years in both our fundraising efforts and in helping our area youth. The program began with 45 students and, since its inception, provides the opportunity for students from Bay, Midland and Saginaw Counties to experience educational and cultural activities, to which they would otherwise not have access.

Since 1991, the Delta College Foundation has hosted two highly successful annual fundraising events in support of this program. From 1991 to 2000, The Holiday Preview Benefit was hosted and held at the Jacobson store in downtown Saginaw. Since 2001, the Foundation hosts A Chocolate Affair, every November. 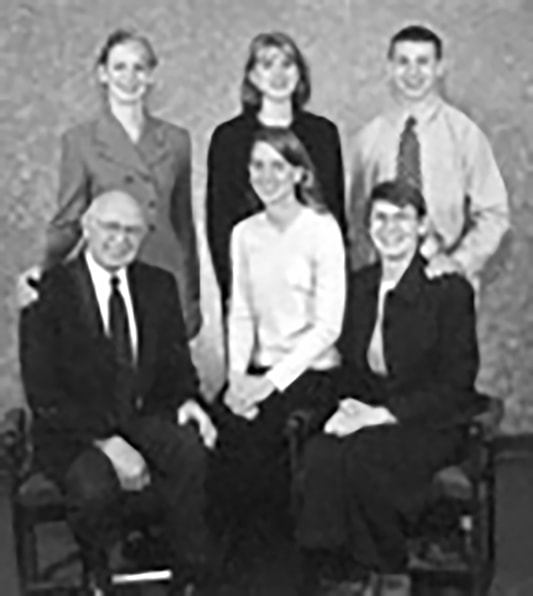 The Sturm Family established an endowment to support the continuing programming costs of Delta College Public TV. DeVere Sturm was born in Pigeon, Michigan in 1931, to parents of German ancestry. During a visit to Germany in 1963, while visiting relatives in Bavaria, he met Zita Olga Ecker. Soon after this meeting, Zita moved to the United States, and they were married. DeVere and Zita have lived all their married lives on the family farm in Pigeon, which was homesteaded by DeVere's great-grandfather, August Sturm, who had emigrated from Germany.

DeVere helped to establish and was the co-owner of a steel foundry, Huron Casting, Inc., to which he devoted most of his professional career. Zita has volunteered countless hours to help local charities such as Meals on Wheels and her church. DeVere and Zita have four children: Eva, Julia, Anne and Benjamin.

The Sturm family has maintained a close bond with Germany, and family members return often to visit relatives and to enjoy German culture. Over the years, DeVere and Zita have been very generous to Delta College’s public TV and radio stations and we are pleased to honor the Sturm Family by creating this programming endowment in their name. 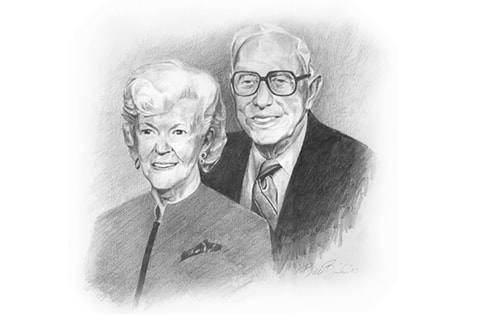 This funding from the Melvin L. and Hilda J. Zuehlke Foundation, gave Delta College the opportunity to address the need for both scholarships and student special financial needs.  The process is managed through the Delta College Foundation Office. The Zuehlkes were interested in students who demonstrate determination and resourcefulness to further their education.

Delta College's reputation for academic excellence begins with our faculty. Consequently the gift of an Endowed Teaching Chair is among the most important contributions that can be made to Delta College, and thus to the thousands who are educated at Delta College.

Each year, faculty members compete to receive a grant which can to be used to provide a margin of excellence in the teaching process. It could cover expenses such as professional development activities, books, teaching materials and related travel costs. 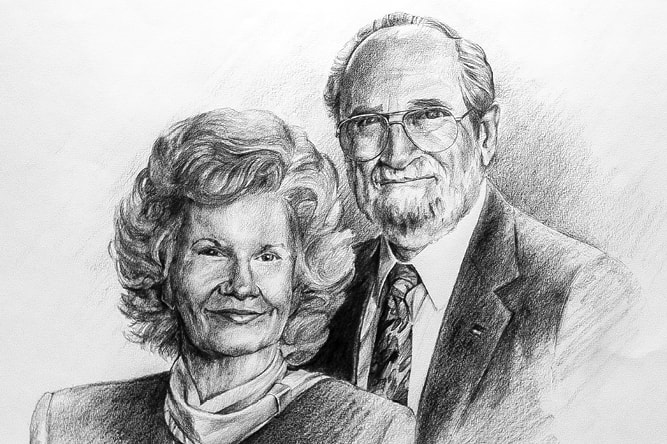 The College’s first Endowed Teaching Chair was funded by donations in tribute to Delta College President Emeritus Don Carlyon and his wife, Betty. Mr. Carlyon served as President from 1964 until his retirement in 1992. This Chair Award encourages faculty to pursue a professional activity or project, which may include the development of new academic modules, infusion activities or service learning opportunities. 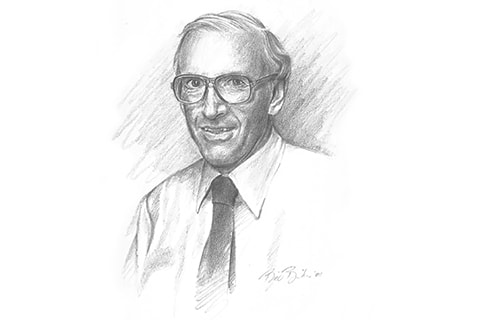 Robert DeVinney was a Professor of Mathematics and Computer Science at Delta College from 1961 until his retirement in 1991.  He later lost his short battle with cancer in 2000. He is remembered for his dedication to students and as an innovator both in and out of the classroom. Professor DeVinney received the Bergstein Award for Teaching Excellence and the Don Laughner Award for Creative Change, which are both prominent recognitions at Delta College.  He also helped Delta to embrace the comprehensive community college concept during the 1960s as the leader of "The Summer Project", which then President, Don Carlyon, referred to as the single most important event in the history of Delta College.

Karen began her employment at Delta College in 1982 as Director of Telelearning, and assumed the duties of Executive Director of the Delta College Foundation in 1986 and later led the College's Institutional Advancement efforts. During her tenure, the College’s endowment grew from a market value of $400,000 to more than $12 million, and the College received more than $50 million in contributions from the private sector.

The SunGard Higher Education Endowed Teaching Chair award was established in 2006 to support innovation that fosters excellence in student learning.  Projects are encouraged to foster an integrated perspective on student learning through collaboration of multiple divisions or departments across campus.

In a 2012 merger, the company was renamed Ellucian and remains a global leader in software and processing solutions for financial services, higher education and the public sector. Ellucian serves more than 25,000 customers in more than 50 countries, including the world’s 50 largest financial services companies. Delta College has contracted for information technology services with SunGard, then Ellucian, since 1996.

“Delta College has been a massively influential part of my life.  I am so happy to have attended and had such an amazing opportunity to learn from so many different people and professors alike.”

GIVE TO DELTA COLLEGE