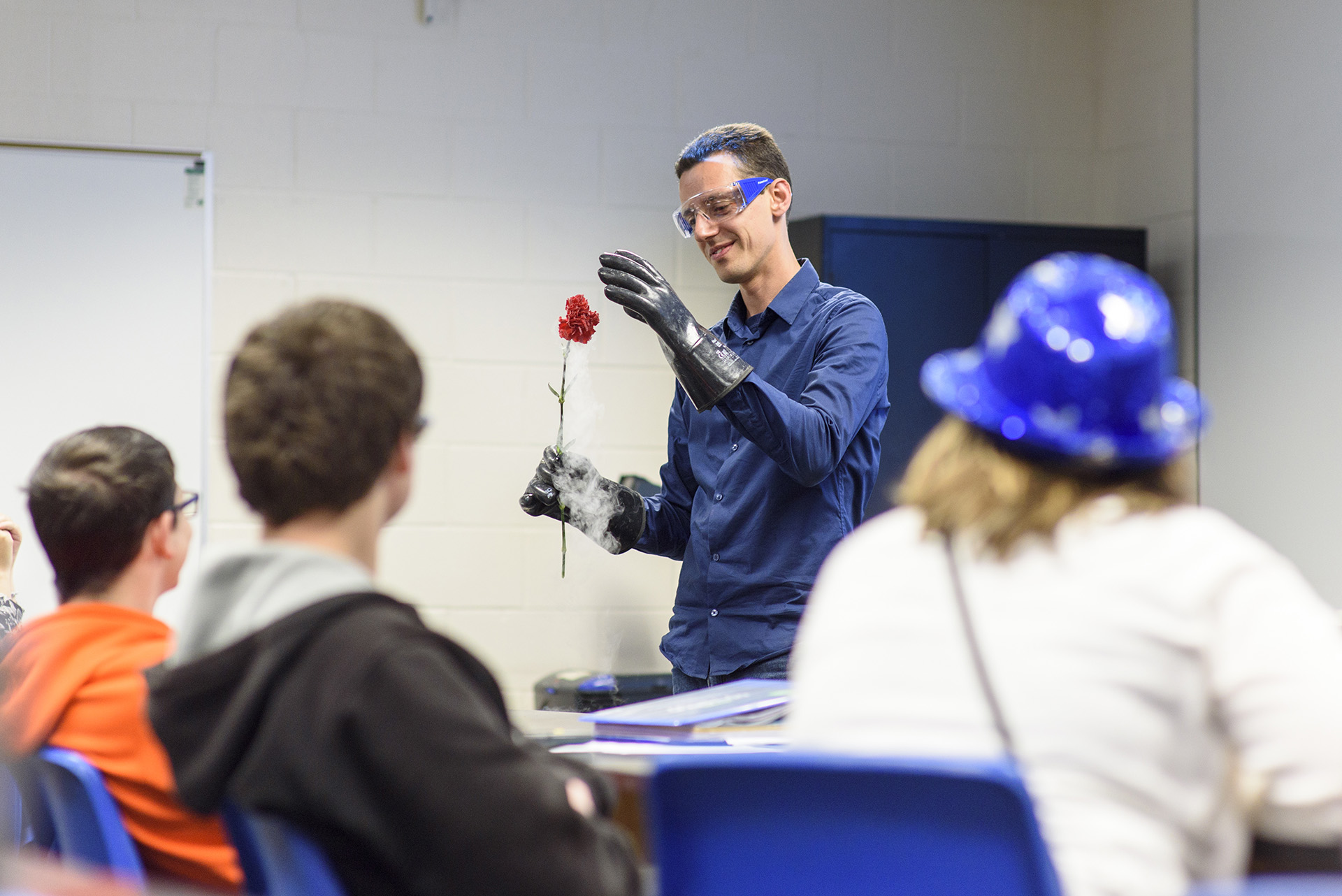 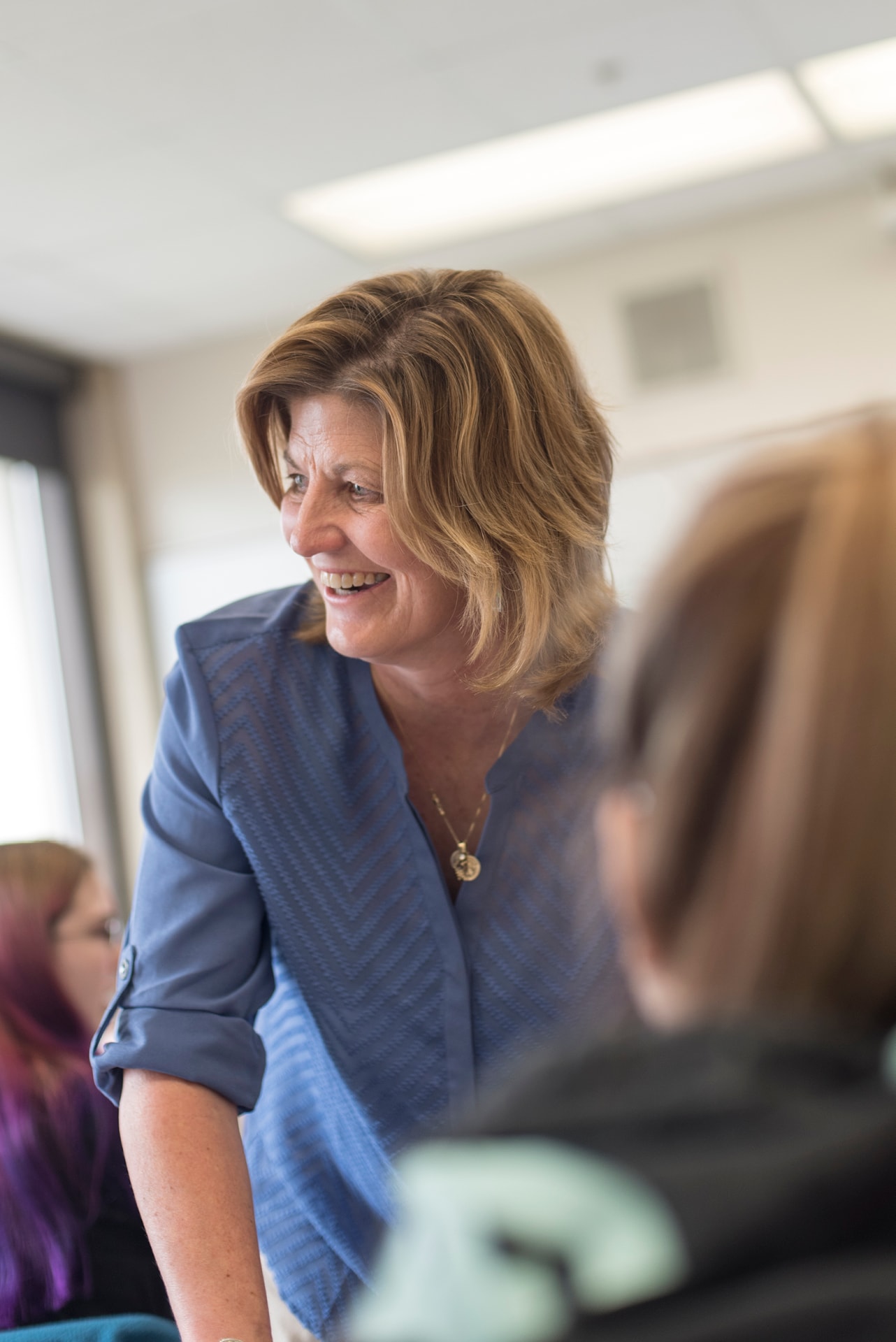 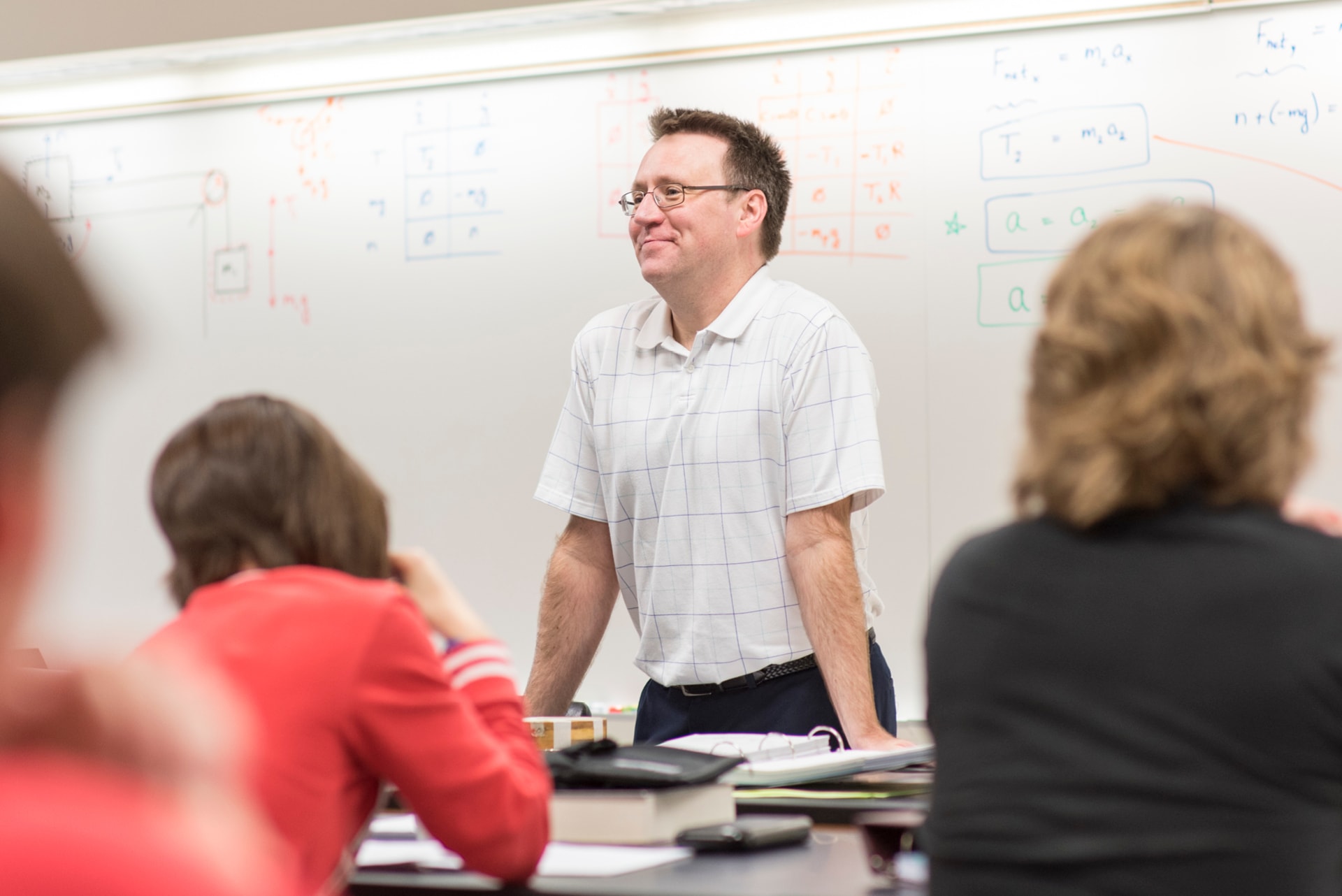 We think it's important to recognize faculty and staff for their scholarly achievements and dedication to student success.

The Bergstein Award for Teaching Excellence is the highest honor for any faculty member at Delta College. The Bergstein Family of Midland has sponsored this award since 1965, and it reflects their commitment to teaching excellence over the years. Leonard Bergstein was a charter member of the Delta College Board of Trustees, serving from 1957-1964. Mr. Bergstein and his wife, Esther, were very active in the community in a number of volunteer activities. Their son, Stuart, was a member of the Delta College Board of Trustees from 1974-1984, and served on the Delta College Foundation Board of Directors from 1979-1982 and 1993-1996. Stuart Bergstein also served as Chair of the College’s $5 million capital campaign to convert its public television station from analog to digital broadcasting. He and his wife, Ruth Ann, have been very active supporters of the College. The award is chosen by a vote by Delta College students and faculty.

This special award was created by two very good friends, Ormond E. Barstow and Ludo Frevel. Mr. Barstow, who passed away in 1992, was a member of the Delta College Foundation Board of Directors and worked for The Dow Chemical Company, first as an apprentice and then as a chemist. He retired in 1969 from Dow’s Physics Laboratory, and was responsible for designing and building a number of innovative instruments. Mr. Frevel, who died in 2011, also worked at The Dow Chemical Company as a pioneering chemist, and was the first Dow scientist to receive the title of Research Specialist. After retiring from Dow, he worked as a consultant at Dow Corning for another 30 years. Applicants submit various forms of support for the award, a resume, samples of writing, art work, music, letters of recommendation, video, program modules, etc.  The committee reviews the materials submitted and discusses how the materials have contributed to the broad scholarly community. The achievements do not have to be in the applicants discipline or in the area of their expertise – however, often the committee considers the expertise of the applicant. For the purposes of this award, scholarly achievement is defined as: the creation of works, which are studied in or developed through pursuit of an academic discipline; for example, a painting, book, articles, textbook, computer program, musical score, performance, theory, analysis, etc.; not necessarily limited to the discipline in which one teaches, works, or has a higher degree; and has been affirmed by the opinions of members of the appropriate discipline. The Scholarly Achievement Award Committee makes its decision by soliciting nominations of full-time college employees, examining scholarly works of Delta faculty and staff, and considers the opinions expressed by professionals within a discipline in order to judge the quality of scholarly work.

Rollin M. Gerstacker Faculty Award for Innovative Use of Technology in Teaching

This award is intended to recognize an adjunct faculty member’s dedication to supporting the well-being, learning, growth and development of Delta College students.  It was established by the Delta College Foundation and first given out in 2022. Eric “Q” Beckman was a beloved Delta associate professor of economics, who taught at the College from 2004 until his passing in 2021. He was known College-wide as an individual who respected and treated everyone equitably, regardless of background, demographics, or classification at the College. Q appreciated and celebrated diversity. This dedication to equity was recognized in 2013, by the American Association of University Professors with its Governance Award from the Delta chapter. During his tenure as a leader in the college’s shared governance structure, he had the exceptional ability to listen, reason, communicate and push to bridge and balance divides between faculty and administrative interests.

During his years at Delta College (1964-1980), Don Laughner was a tireless and inspirational leader, a math professor, division chair, dean, senate president, and director of several grant programs. Family and friends established an endowment in his memory to honor individuals and groups responsible for creative change at Delta. Any present or former Delta employee(s) or Board of Trustees member(s) may be nominated for this award. The criteria for the Laughner Award are:  1) Recognition of contributions resulting in significant institutional change; and 2) Significant change in areas such as organization, programming, staffing, curriculum, college procedures, governance structure, or personal growth and development of individuals or groups.

This award annually recognizes adjunct faculty who, through their work at Delta and the community, have provided outstanding service. George Lynn Heatley was an Adult and Vocational Education consultant at Delta College from 1963 through 1978. While at Delta, he was instrumental in the development of Community Education and Women’s Education Programs in the early 1970s. In the late 1970s, staff in the Community Affairs Division developed this award in his honor. Division chairs and other appropriate supervisors submit nominations. A maximum of two nominees may be chosen per year. Winners are selected by the Dean of Teaching and Learning, the Dean of Career and Continuing Education, the Director of the Faculty Center for Teaching Excellence, and the Director of Instructional Support Services.

The award is in recognition of exemplary teamwork, resulting in substantial benefit to learning, or outstanding service to the College community. The nomination must include a minimum of one Administrative/Professional Staff member.

The award honors Willie E. Thompson's legacy of commitment to education, service and diversity. Mr. Thompson served as Delta College's Vice President of Student & Educational Services until his death in 2005. The purpose of this award is to recognize an A/P staff member for consistently outstanding service to the College community over the course of his/her career.  Nominations are open to any current, full-time A/P staff member who has been employed at Delta at least ten years.

The FEC recognizes a Support Staff member who, through his/her work with Delta College faculty, has provided outstanding service.  Faculty members are encouraged to nominate individuals they feel are deserving of such an award.

The Support Staff Executive Committee (SSEC) chooses a recipient who is a contributing member of the Support Staff and exemplifies professionalism, service and dedication within Delta College, as well as positively represents the College in the community.

The Carlyon Endowed Chair honors President Emeritus Don Carlyon, his wife Betty, and their many years of innovation and service to the Delta community. The Carlyon Endowed Teaching Chair encourages faculty to pursue a professional activity/project and related follow-up which may include the development of new academic modules, infusion activities or service learning opportunities. Eligibility: All Delta College faculty who have taught full-time for the College for at least three years.

Robert DeVinney, longtime Professor of Mathematics at Delta, is memorialized through the endowment that bears his name. The DeVinney Endowed Chair honors his commitment to innovation in using technology in classroom teaching. Proposals focus on the innovative use or study of technology in the classroom or other learning environment. Eligibility: All Delta College full-time faculty, adjunct faculty, or full-time and regular part-time staff whose work directly impacts student learning.

Jim Ham, Professor of Mathematics, for his project Course development for the new 7 course Data Science Certificate for Math and Science (2022)

Karen MacArthur, who retired as Executive Director of the Delta College Foundation and Delta's Executive Director of Institutional Advancement in 2007, is honored through this endowment that bears her name. The MacArthur Endowed Teaching Chair is restricted for projects focused on the following subject areas: art, languages, music, literature, psychology or history. Proposals should set forth primary values exemplified by Karen MacArthur during her tenure at Delta College: creativity and innovation.

The Robert R. “Dr. Bob” Zimmermann Endowed Teaching Chair was established to provide professional development opportunities for faculty members. Dr. Bob joyfully worked at Delta College from 1980 until his retirement in 1995, directing the program for parents of children with disabilities, assistant directing assessment services, and serving as Assistant Professor of Psychology from 1989 until 1995. Dr. Bob found teaching at Delta rewarding because his efforts resulted in both immediate and long-lasting gains for his students. In addition, he felt a deep affiliation with many of the Delta College faculty. He often said that he’d found his professional home at Delta College and greatly appreciated the opportunity to join the Delta community. Proposals must demonstrate the primary values exemplified by Dr. Bob during his tenure at Delta College, including his belief all students should be treated equitably, with an equal opportunity to learn.

Congratulations to the following employees honored for their years of service. 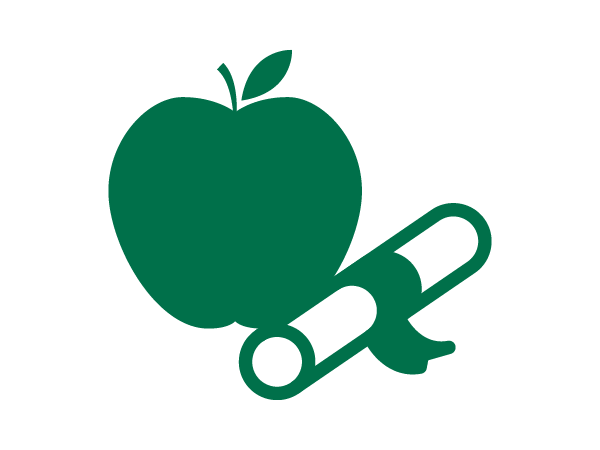 The Bergstein Award for Teaching Excellence recognizes the best of the best of Delta's faculty. It's a proud moment. 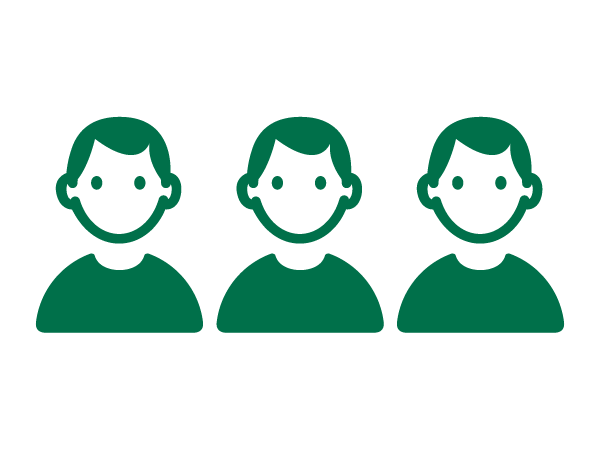 With over 700 faculty and staff members, Delta is the 4th largest employer in Bay County. 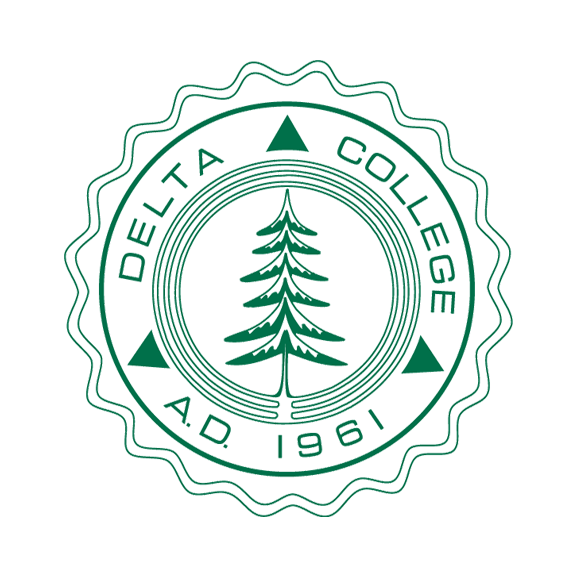 In more than 60 years, Delta has had five presidents. 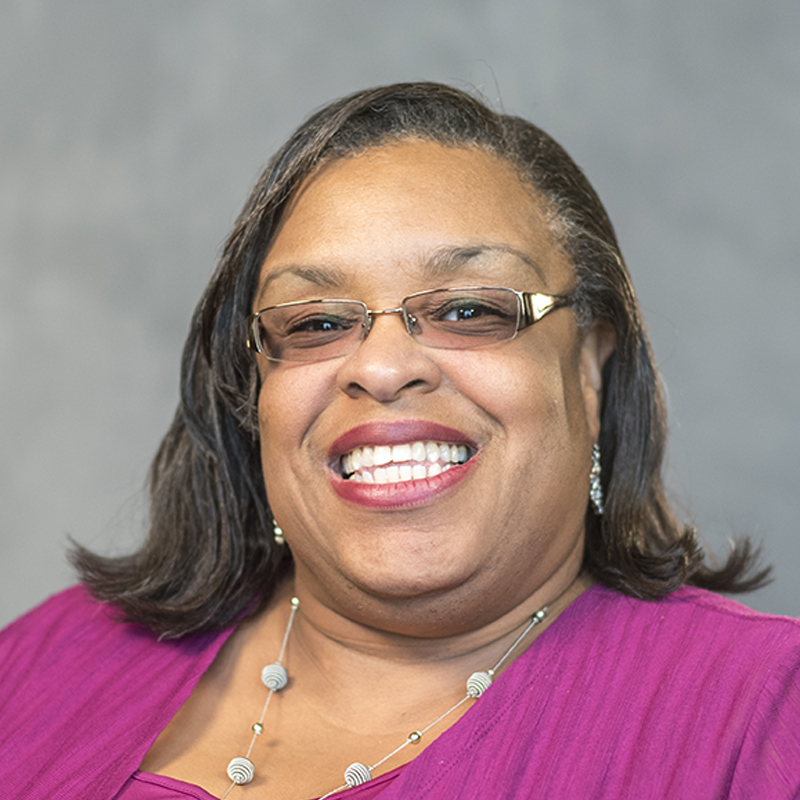 "The employee awards banquet is one of the many ways in which Delta College recognizes the commitment and contributions of our employees to our students and communities."

Catching You at Your Best

Have you received great service or support from someone at Delta? You can nominate them for our Catching You at Your Best award. Show your appreciation for an employee's great service.