A team from Delta College Broadcasting’s Q-TV is producing a documentary about the destruction caused by major flooding in mid-Michigan in May.

On May 19, the Tittabawasee River reached a record-breaking high caused by the failure of the Edenville and Sanford dams. The flooding produced damage to 2,300 homes and businesses in five counties, and displaced thousands of people. 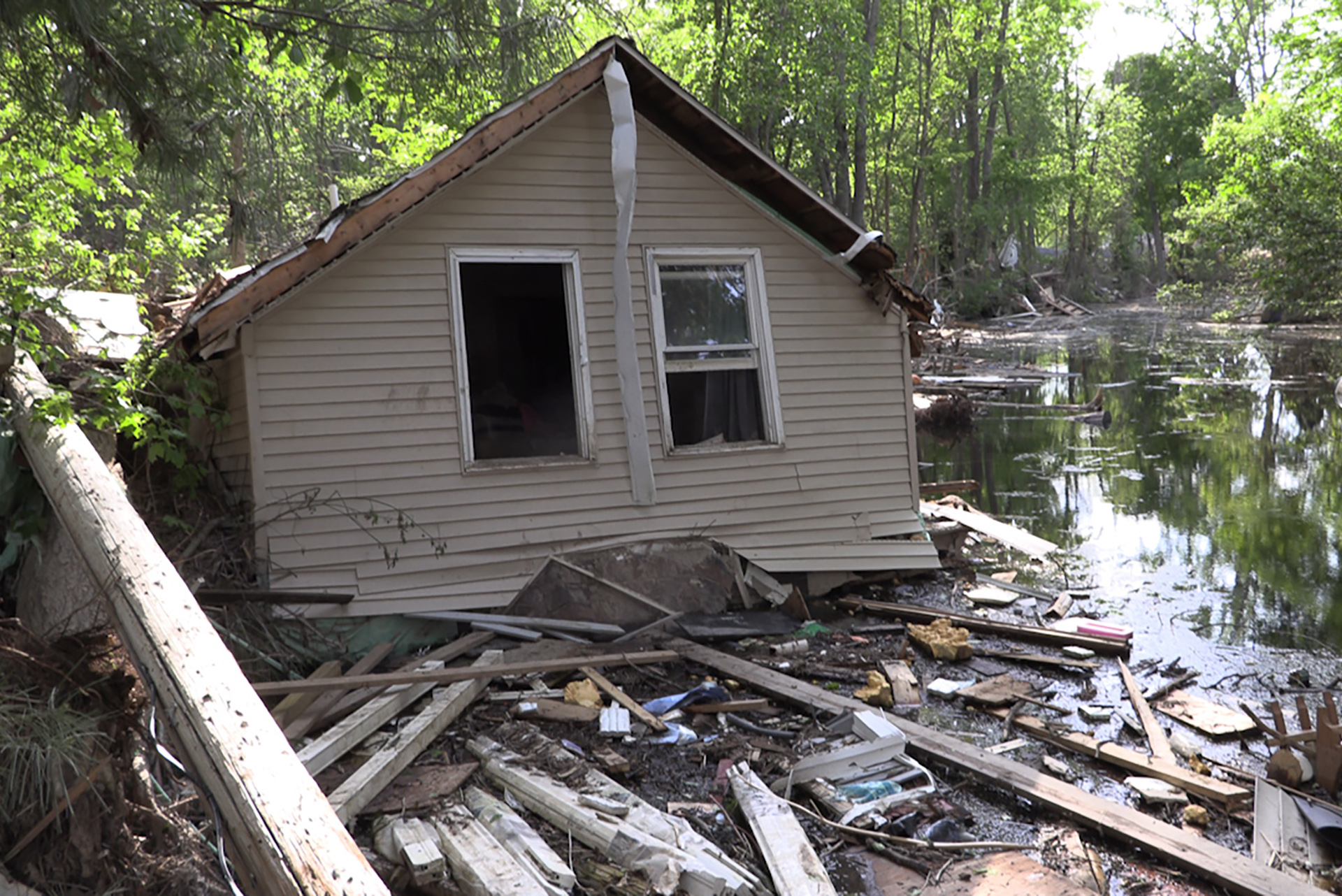 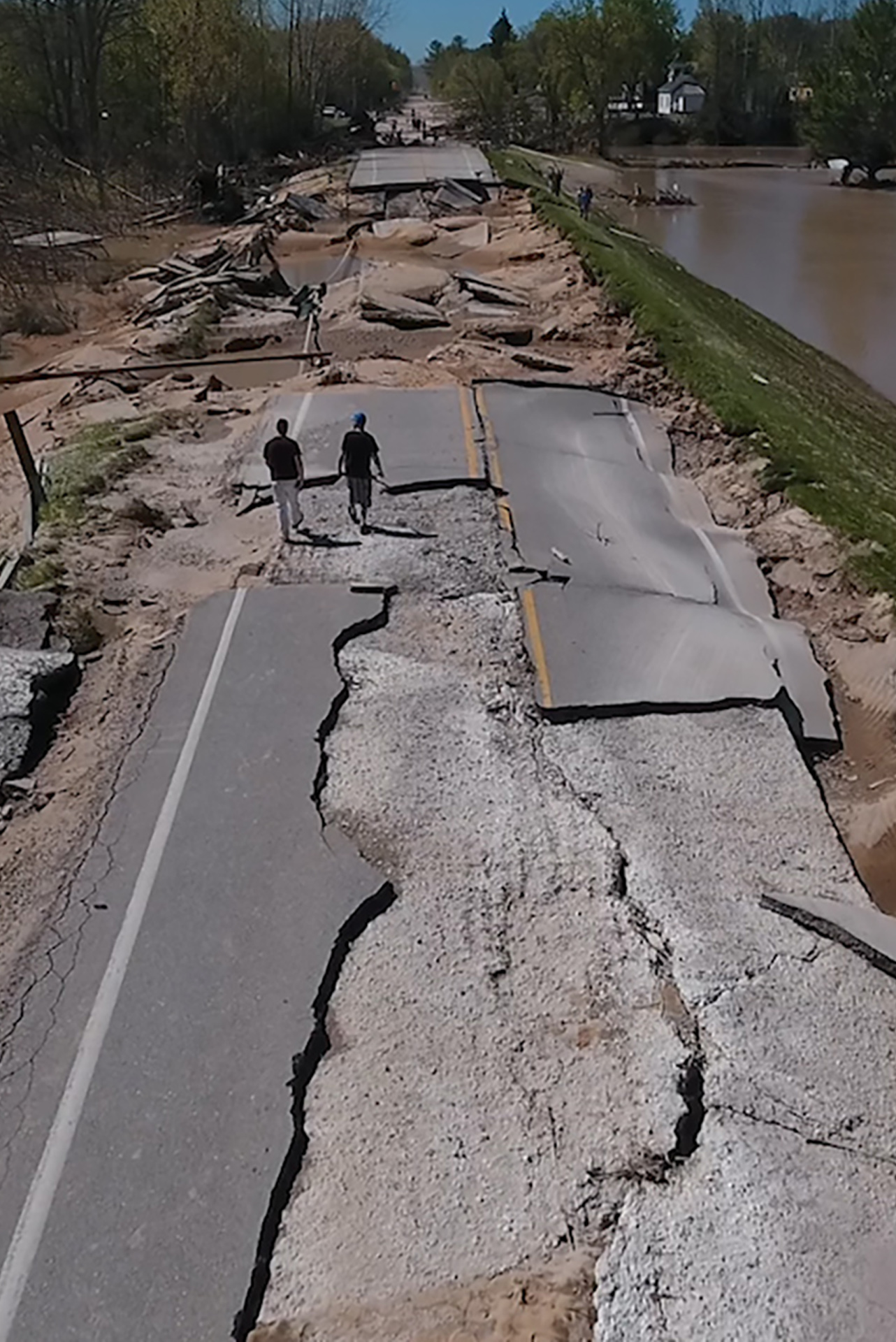 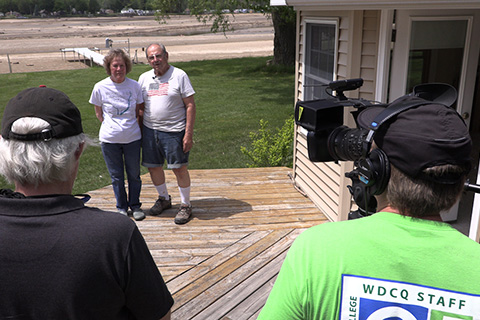 (Top) A building was swept away by flooding. (Left) A view of downtown Sanford, one of the hardest hit towns. (Left) Ron Beacom, left, and Bob Przybylski, right, interview residents affected by flooding.

Beacom, producer and host of Q-TV’s Second Act program, saw the destruction first hand in Midland, one of the hardest hit areas.

“I felt that I needed to do something to help,” said Beacom, a Midland resident and retired city employee.

“When I saw the empty lake, it was devastating. I just thought, ‘We need to get a camera down here to document this,’” he said.

Over the course of three weeks, Bob Przybylski, producer director for Delta Broadcasting, and Beacom filmed flooded sites in Sanford, Midland and Freeland, as well as neighborhoods and businesses.

“We visited a Sanford restaurant that was down to the studs and sites where houses had washed away,” said Beacom. “It was devastating.”

In total, the team interviewed 14 individuals who experienced varying levels of destruction.

“We spoke to people whose houses were blown straight off its foundation and people who had significant damage to their basements,” said Przybylski. “People wanted to tell their story and we’re glad to support our community in this way.”

The team is seeking videos and photos of the flooding for the documentary. Content can be shared on Q-TV’s Facebook page or email robertprzybylski@delta.edu.

The first part of the documentary will be released in October. Przybylski said a follow-up documentary is in the works that will provide updates on the families and where they are now.