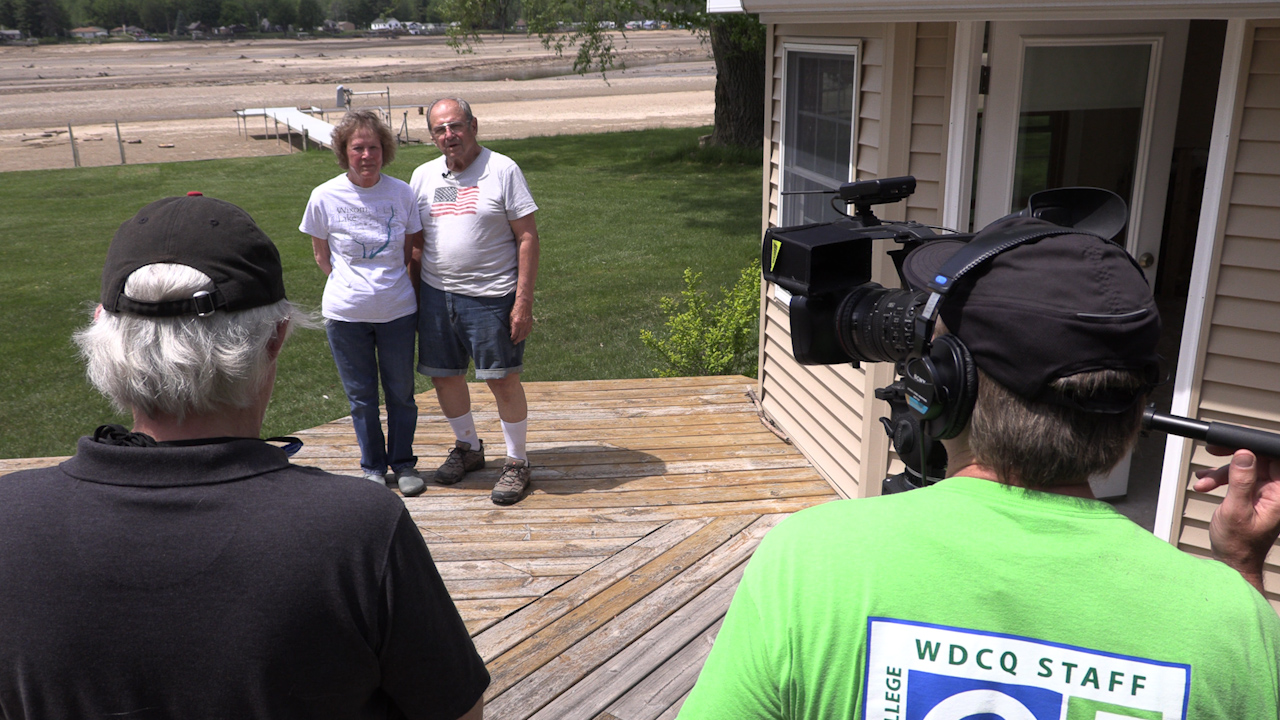 “Breached! The Tittabawassee River Disaster” premieres on Delta College Public Media (WDCQ), on Tuesday, October 6 at 8pm with rebroadcasts: Thursday, October 8, at 12am; Sunday, October 11 at 1pm; and Monday, October 12 at 10pm.

Producers Ron Beacom and Bob Przybylski started working on this project two days after the dams on Wixom and Sanford Lakes were breached in May 2020. The flood waters reached record levels and damaged thousands of homes and many businesses in Edenville, Sanford, Midland and Freeland. Thankfully, no lives were lost.

“On the first day we captured video in downtown Sanford and witnessed the devastation first hand, I knew I’d never seen anything like this before in my life,” said Beacom.

In “Breached!” you’ll see the damage and destruction, and hear the stories of the people trying to put their lives and properties back together. You’ll also see how the community rallied to support those in need. You’ll learn some of the history of these almost 100-year-old dams and some of the issues going forward.

“When I saw it, I knew that we needed to document this event. People need to know about this disaster,” Przybylski said.

The documentary is narrated by Jeff Johnson, of Tawas, with original music by Pat Cronley, of Flint. Delta College Public Media (WDCQ) has been producing historically focused local documentaries since 2005.

The documentary will also be available online at DeltaCollegePublicMedia.org. For more information contact Bob Przybylski at 989-686-9569 or robertprzybylski@delta.edu.

Beacom has lived in Midland for more than 30 years and grew up in Coleman, just west of Sanford. He retired from the City of Midland in 2016 after leading Midland Community Television for over 27 years.

Przybylski won an EMMY Award in 2019 for his documentary “VIETNAM VOICES: Mid-Michigan Remembers the Vietnam War.”