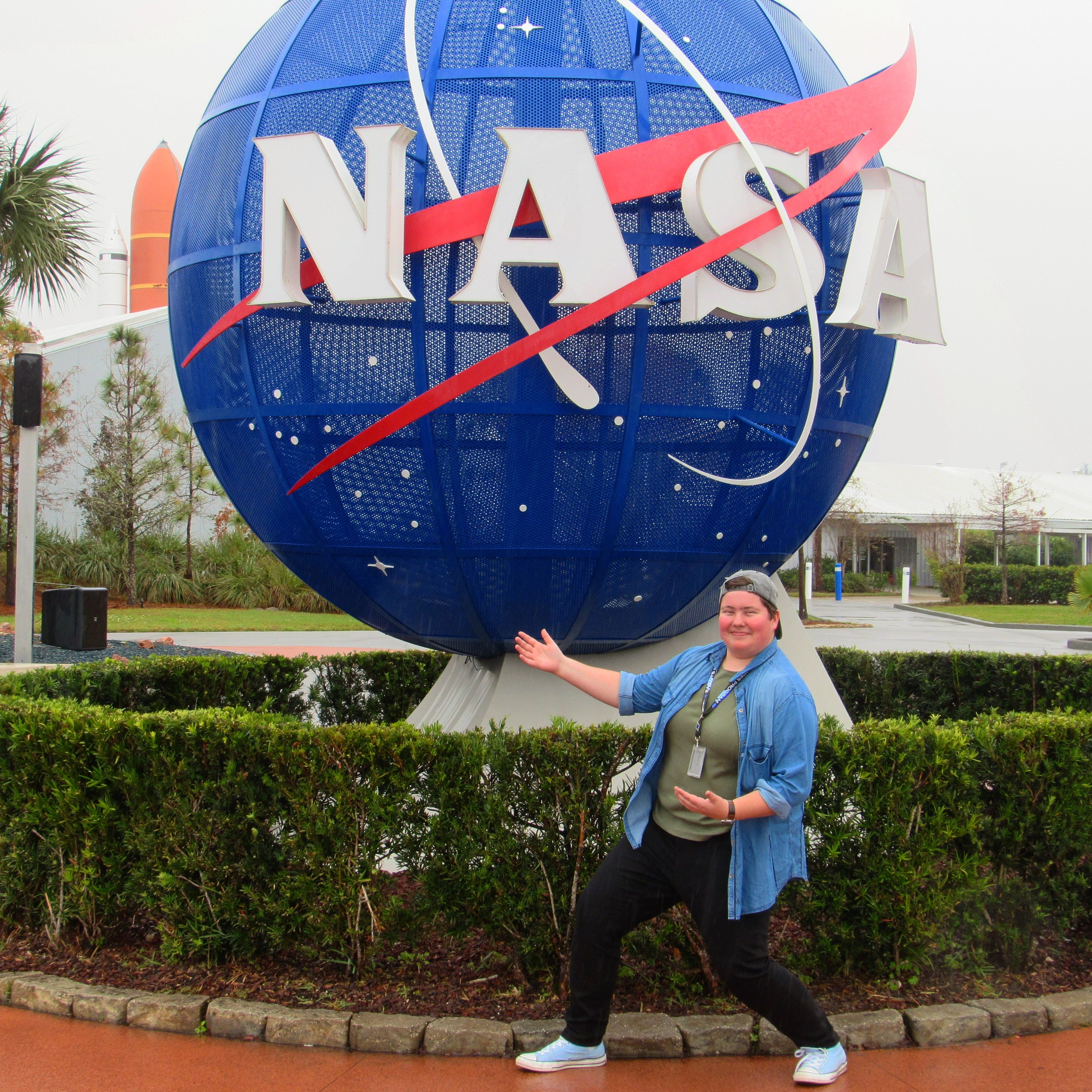 On a sunny, 83-degree day last January, Bethany Roberts began her first day as an intern at the NASA Kennedy Space Center in Florida.

Roberts, a Delta College student, worked for the Launch Services Program that supports unmanned scientific missions, like rockets. She assisted with community outreach for several months before her internship ended early due to the coronavirus crisis.

That didn’t discourage her, though.

After a lengthy application process, Roberts was selected to participate in NASA’s Community College Aerospace Scholars program this summer. The program includes several online modules, a final project and the opportunity to present to a NASA team.

For her final project, she’s designing a 3D model of a lunar rover to explore the south pole of the moon.

“That’s where NASA is planning to send astronauts in 2024,” said Roberts, a Midland resident.

Roberts said she’s using much of what she learned at Delta, especially the software needed to design the rover and the engineering concepts she learned in classes.

“I discovered engineering and robotics in high school when I joined a local FIRST Robotics club and found that I really enjoyed that kind of work,” she said.

Roberts joined Delta in 2016 because it was close to home and she wanted to take time to explore her interests. She took classes in the mechanical engineering and industrial technology programs and completed the CNC certificate program. During her time at Delta, she was a member of the Drama Club and worked as an outreach assistant for the STEM Explorer.

“I definitely recommend attending Delta,” she said. “My professors were great, there are a ton of ways to get involved outside of class and it allowed me to get a taste of engineering classes at a low tuition cost before transferring.”

Roberts has been accepted to Lake Superior State University and is considering attending because she’s interested in the robotics engineering program.

Ultimately, she wants a career in robotics. “If it’s at NASA,” she said, “even better.”