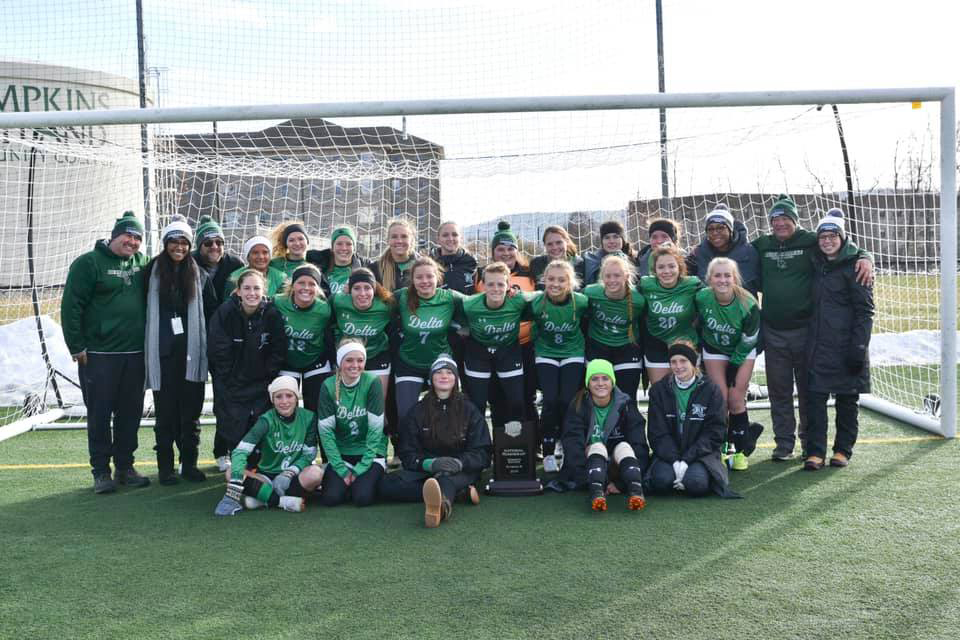 The Delta College women’s soccer team completed another successful season when it placed second in the nation at the 2019 NJCAA Division III Women’s Soccer National Tournament.

“I’m so proud of our players, and they should be proud of their accomplishments this season,” said Damon Amey, head coach. “They played in rough, cold weather conditions, but kept a positive attitude through it all. The players truly care about each other, and that’s the reason we’re so successful.”

The Pioneers finished the season with an impressive 18-1 record. For the third year in a row, the team competed in the national tournament; this is the second year the team placed second.

Hunter Kukla, a sophomore who will be graduating this year, offered advice for future team members.

“You will not only be joining a team, but a family. Competing in the national championship for two years in a row has been the most memorable experience of my life,” she said.

Amey said the 23-person soccer team will prepare for next season by practicing into the spring and working to continue to build upon their successes.