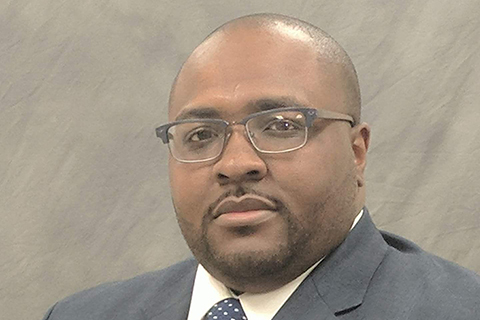 Carlos McMath, director of diversity and inclusion for Delta College, has been named the 2020 recipient of the Spirit of Martin Luther King, Jr. Award.

McMath will receive the award at the 24th Annual Martin Luther King, Jr. Unity Luncheon on January 20 at the Dow Event Center in Saginaw. The unity march will take place at 10am at Franklin and Hayden streets, a luncheon will follow at 11am.

"I know how much this award means to the community," McMath said. "Just saying I have Dr. King’s spirit, or do anything like him, is very humbling and pays tribute to the way I was raised."

McMath is also head coach of the men’s basketball team; he joined Delta College in 2014 as assistant coach. He led the team to its first District 10 Championship, and in 2017, the team made it to the Final Four appearance at the NJCAA DIII National Tournament. He has also been named Coach of the Year.

He is founder and owner of NextPlay Consulting LLC, a leadership development consultancy, and co-hosts a podcast of the same name. He lives in Saginaw with his wife, Asheley McMath, and enjoys mentoring Delta students.

The award is presented by Delta’s Black Faculty and Staff Association (BFSA) and the Saginaw chapter of Alpha Phi Alpha, of which Dr. King was a member. Each year, BFSA members select an employee whose service to the institution and community exemplifies the spirit of Dr. King’s work and values.

"Carlos has been instrumental and a tremendous asset to the creation and success of the diversity and inclusion program at Delta College," said Veronica Bond, business services specialist for Delta and BFSA member. "He is a loyal, honest, considerate and supportive individual who has the ability to see and understand things from different perspectives. Carlos is well deserving of this honor and truly embodies the life and legacy of Dr. Martin Luther King, Jr."