Please enable JavaScript to view this page.
Skip to main content
In this section
Delta College  / Big Thinkers  / Michael Ceja
All in the family

Michael Ceja, from Alma, knew about Delta College from a very young age.

His dad came to the college eight years ago to study web design, and his mom recently graduated with an associate’s degree in nursing. One of his sisters is in her first-year at Delta. 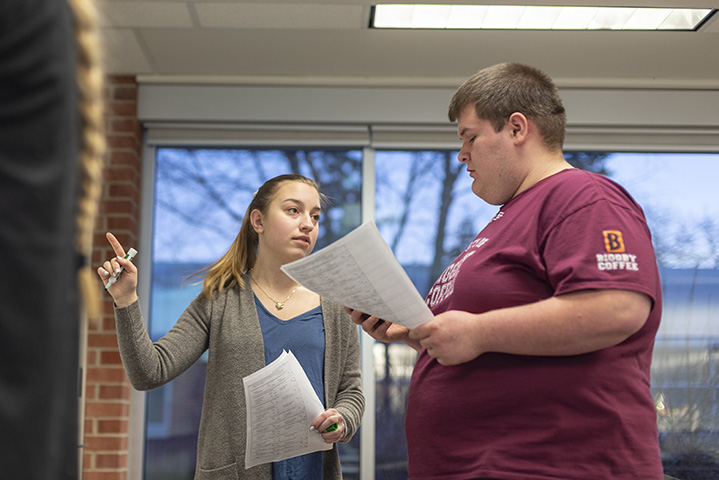 “It was really a no-brainer that I was going to come to Delta, even just to start off and get my feet wet,” he said. “And it’s just been awesome. It’s been a good stepping stone between high school and a four-year university.”

Michael said he enjoys many of the classes, but one that stands out is the American Politics course he took with Elizabeth Ullrich, associate professor of political science. It was his first major college class and he was nervous.

“There were high expectations, but her class opened my eyes to so much about the world,” he said. “I learned a lot about our government and political system. She is passionate about the subject and had answers to every single one of our questions.”

“I tell my younger friends that Delta gives you time to explore and discover your interests and the many career paths and options,” he said. “And it’s a great community. I have felt so welcomed here.”

Michael has a new item to add to his resume. Several items, actually.

The business management major took first place in December at a statewide competition hosted by Michigan Collegiate Farm Bureau, which qualified him for nationals. He’s also an inaugural member of Delta’s Farm Bureau Club, which began in 2018 for students interested in careers in agriculture.

Those experiences and others, he said, opened his eyes to more career options.

"Coming to Delta, I thought I would eventually just be working and playing a small part in a business, but I realized I can do so much more."

“Coming to Delta, I thought I would eventually just be working and playing a small part in a business, but I realized I can do so much more,” he said. “With Delta challenging me to be a big thinker, it has also challenged me to be a big dreamer.”

After graduating from Delta, Ceja plans to study social and community service and development. He wants to work for Farm Bureau.

Are you interested in starting a career in business management? Delta College is the perfect place to start. Apply now.