Please enable JavaScript to view this page.
Skip to main content
In this section
Delta College  / Big Thinkers  / Deandre Carter
Given a second chance, alumnus is on his way to a bachelor’s degree 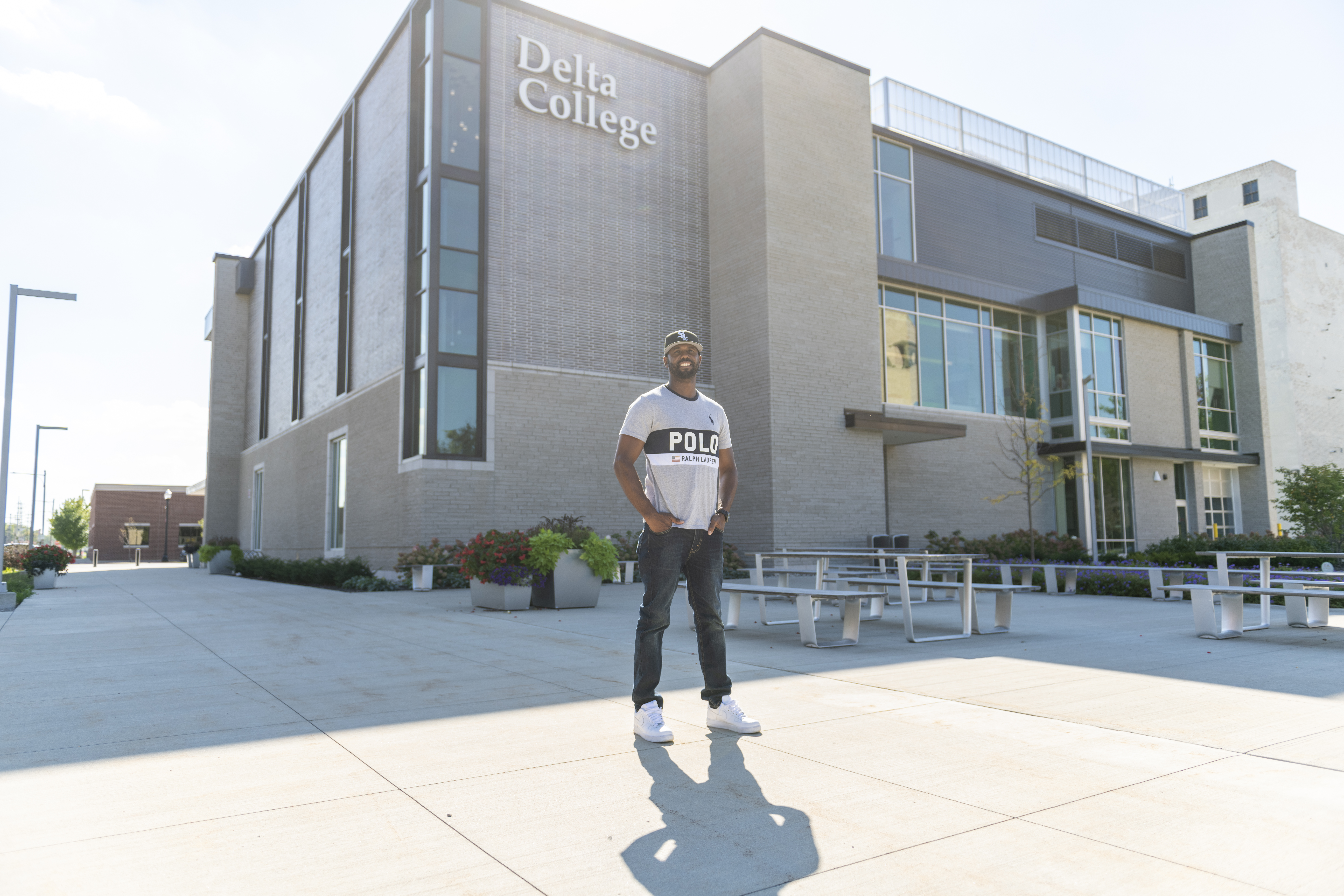 He was introduced to Second Chance Pell, a federal program that invites Saginaw Correctional Facility inmates to take classes and earn college credit toward a degree from Delta. The 42-year-old signed up for several classes and within a few years, he earned an associate’s degree in small business management and entrepreneurship.

“We had the opportunity to be face to face with actual professors in a class setting and it was great,” said Deandre, from Muskegon.

When he was released, Deandre came to the Downtown Saginaw Center to sign up for more classes.

“The people and excellent service at Delta have been tremendous and have been an integral part of helping me transition from where I came from,” he said. “When I got out [of the justice system], I didn’t know where to start, but Dorian Phelps helped me get started. The people here made it feel like it is the right place to be.”

Deandre is now pursuing his bachelor’s degree through the 3+1 program with Northwood University. He’s also helping at-risk teens and young adults as an instructor for the Youth Development Corporation in Saginaw.

“I love teaching and mentoring,” Deandre said. “I was a tutor when I was incarcerated, which really helped me prepare for this job. Some of the same young men and women have similar pasts as me, so I’m trying to help them not go down the same path I went.”

The possibility of owning his own business is what attracted Deandre to the entrepreneurship field. He has quite a few ideas, but for now, he’s keeping them under wraps.

“Delta has helped me think big by helping me develop an entrepreneurial mindset. My courses and instructors have forced me to think outside of the box, and I’ve learned that the sky’s the limit. Coming from where I was, it’s just endless possibilities now,” he said.

Deandre offers additional advice for those who want to pursue an education later in life.

"My courses and instructors have forced me to think outside of the box, and I’ve learned that the sky’s the limit. Coming from where I was, it’s just endless possibilities now."

“If you’re older, working full time and taking classes, it can seem like a tough path, but you can do it. The hardest part is getting started. Once you get there, the rest is simple,” he said.

Are you interested in getting a degree in entrepreneurship? Get started at delta.edu/programs.